This seems like a straightforward question, but it’s not. The simplest answer is that Inuktut is the Inuit language as it is spoken in Arctic communities throughout Canada.

Inuktut is just one part of what is known as “the Inuit language”, spoken from Alaska in the west to Kalaallit Nunaat (Greenland) in the east. It might best be understood as a spectrum of dialects that vary enormously from one end of the Arctic to the other. Communities close to one another generally have few problems communicating between dialects, whereas an Alaskan and a Nunatsiavummiuk (from Labrador) would have trouble doing so.

Even among communities that share a common dialect, vocabulary and pronunciation vary from place to place and between generations. Historically, Inuit lived in isolated camps where distinct speech forms evolved. As they settled into permanent communities, speakers of varying dialects often became neighbours in the same hamlet. This mixing has intensified with the modern-day migration of Inuit in search of employment and opportunities in other communities.

Daily life helps break down communication barriers. So, too, does radio and digital media by exposing Inuktut speakers to a range of dialects spoken throughout Canada. 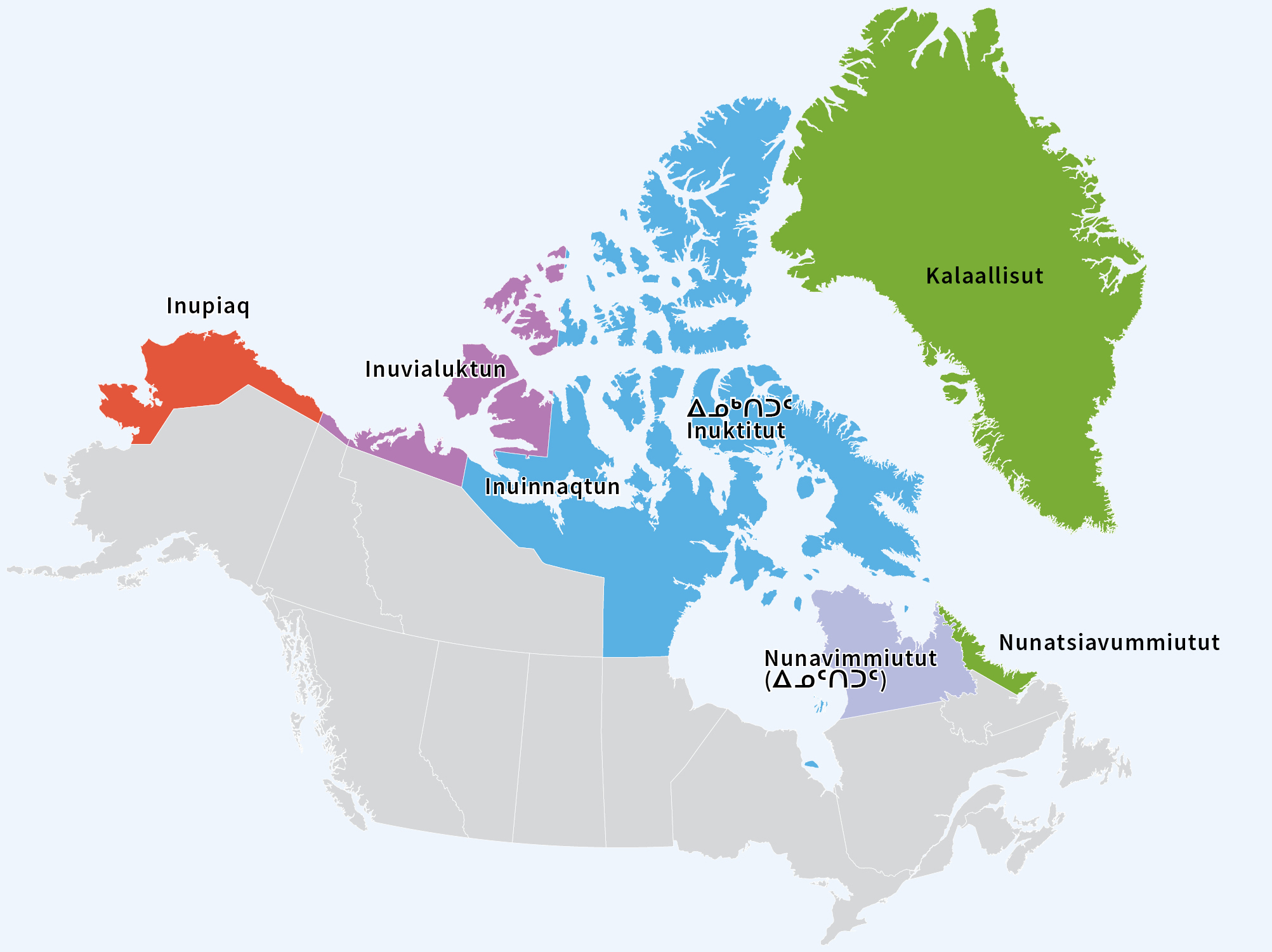